WHITE PLAINS, N.Y. (September 29, 2022) – McCullough, Goldberger & Staudt, LLP (MGS) Managing Partner Seth M. Mandelbaum has been as selected for 2022 New York Metro Super Lawyers®, recognizing him as one of the top attorneys in Land Use and Zoning.

MGS Partner Steven Wrabel was also selected as New York Metro Super Lawyers® Rising Star, for his work in Land Use and Zoning.

“For the second year in a row our firm has been selected for this honor and we are extremely proud to be included among some of the top lawyers in the region on the New York Metro Super Lawyers list!” said Mandelbaum.  “This honor is a reflection on the work of all of the excellent attorneys and staff at MGS.  Congratulations to Steve for his well-deserved selection as a Rising Star!”

Super Lawyers®, a Thomson Reuters subsidiary, develops both the Super Lawyers® guide and the Rising Stars guide each year. The purpose of these guides is to help individuals in need of legal guidance connect with vetted attorneys. As such, the selection process is rigorous, involving a 12-category independent review by Super Lawyers® and a Blue-Ribbon Review by a panel of top-rated attorneys. The only differences between the guides are:

The selection to either list denotes that an attorney is highly regarded by their peers and highly accomplished in their area of legal practice.

Mandelbaum and Wrabel have each contributed to the success of MGS, which has a proven track record in obtaining favorable results for their diverse range of clients.

About our Super Lawyer and Rising Star: 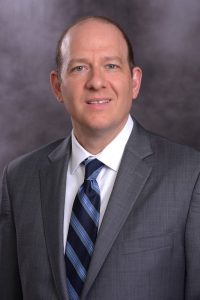 Mr. Mandelbaum practices in the areas of land use and environmental law, alternative energy, municipal law, and not-for-profit organizations.  In addition, Mr. Mandelbaum is one of only a small group of attorneys in New York to be certified by the U.S. Green Building Council as a Leadership in Energy and Environmental Design Accredited Professional (LEED® AP).

Mr. Mandelbaum is a resident of White Plains, NY.

He is admitted to the New York State Bar and received his J.D. from Fordham University School of Law, where he was Notes and Articles Editor for the Environmental Law Review, as well as a B.A. from Boston College.